Rajasthan is a colourful melange of magnificent forts, stunning palaces, diverse cultures, delectable cuisines and most of all warm people. Be it the red sands, the blue cities, pink palaces or the golden sunsets, only in Rajasthan, you’ll find every colour in nature’s huge canvas. That is why when I decided to do a solo trip; I wanted to visit this very place where music, art and dance are woven into every inch of its sand.

I started my first stint with the city of lakes, Udaipur. Known as “Venice of the east”, this city truly brings out the royalty and richness of yesteryear’s Kingdom. Udaipur has a romance of setting unmatched in Rajasthan and unarguably in all India. This city casts a magic spell on people through its grandeur setting, tranquil boat ride on the lake pichola, the lively arts scene and the bustling bazaar.

My stay in Udaipur was only for one and half days and I absolutely loved every minute of it.  I had taken a place called “Greco House” very close to the palace; this made it so easy that all the major attractions were just a stone’s throw away. The hotel has a beautiful roof top restaurant overlooking the palace on one side and lake pichola on the other side. The view of the lit up palace from the rooftop was breath-taking. I spent my night just looking at the richness of the palace from here. Best part is the people who run this place are very friendly and caring. They had even given a blanket to save myself from the spine chilling cold weather. (Cons of visiting the place during winter) Good food, a warm blanket and this view with my playlist on headphones! What more could I ask for!

Next morning, I started my day early with Jagdish temple which was right behind my hotel.  This three storied architectural marvel was constructed in the 16th century and is dedicated to Lord Vishnu. The carved pillars are mystical and the Indo Aryan style of architecture is sure to capture anyone’s heart.

Then I continued my day with the city palace tour. The grandeur and the magnificence of the palace will not only tell us stories about the yesteryear’s Kings but also about the current Maharana of Udaipur. The palace will transport us into another era altogether. I took more than 3 hours to tour the palace and understand the history behind it. The tickets are on the expensive side as one needs to shell 500 bucks on the entry ticket and another 450 bucks for an audio guide (if you choose to use one).

Post lunch I visited the vintage car museum. This place has an extensive collection of vintage cars including  a 1924 Rolls Royce, a 1938 Cadillac, a 1946 Buick and a Rolls Royce jeep that was used in James Bond’s Octopussy movie. For all the car lovers, it’s a feast to eyes, even if you’re not a vintage car fan, you will still find the collection very amusing. There is also a very beautiful café inside the museum, for which booking needs to be done beforehand as the place is mostly full all the time. The entry ticket to this place comes at a cost of 150 rupees per person. 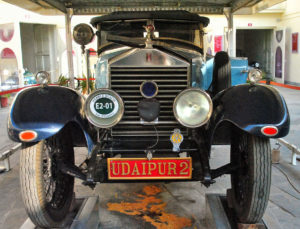 By the time I came out of the museum it was close to sunset and hence I rushed to the boat house. I was lucky to get the last boat ride on lake Pichola which took us to Jag Mandir. The boat ride starts from the boundaries of the palace and the journey itself is very soothing and mesmerising.  The ride is short but exceptionally beautiful during sunset. Jag mandir was once a palace but now it functions as a restaurant. I did a quick tour of the place and settled in the garden to enjoy the sunset. Sitting there with the sketchbook in one hand and watching the sun go down was one of the most blissful moments in my life. The beauty of the place is felt when you unwind and relax, soaking in the mesmerising view in front of you.

I took a break and came to my room to freshen up. The famous Bagore ki Haveli was bang opposite to my hotel. This 17th century haveli is on the banks of lake Pichola, at Gangor ghat.  This historical mansion has its own rich cultural legacy, which was once a palace to royal Rajputs now houses hundred rooms that display modern art and dance costumes. Every evening from 7pm to 8pm a cultural event “Dharohar” takes place within the haveli premises. This cultural performance is a combination of 7 Rajasthani traditional folk dances. When you get to visit Udaipur, this is something that’s not to be missed. I thoroughly enjoyed this awe-inspiring performance.

After the show was over, I reached the hotel, had a quick dinner at the roof top restaurant, then checked out from my hotel and boarded the bus to Jodhpur, the bustling blue city of Rajasthan.

The start of my solo trip was nothing less than awesome. I wouldn’t mind going back to this place just to soak in the beauty of the palace all lit up at night. 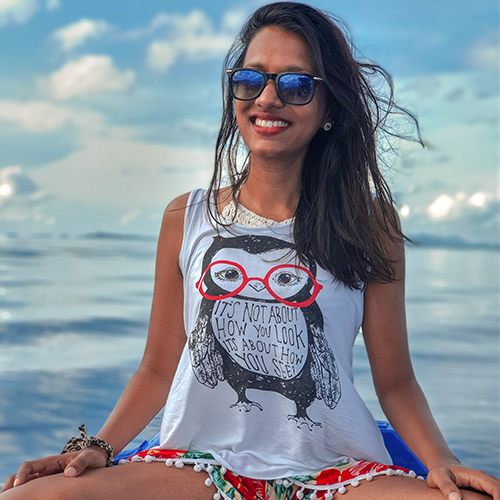 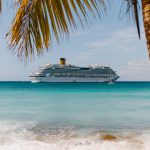 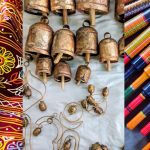 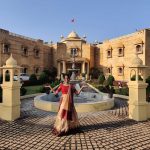 Why Syna Heritage Hotel Should Be... 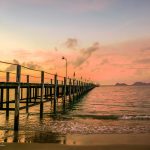